For people living in 21st century America, it’s not all that surprising that residents in a home would forget about their indoor plumbing, and what a miracle of engineering it is. One of the goals of indoor plumbing is being practically invisible in everyday life. When you need water, just turn the faucet on the tap, and it’s there. When you use the toilet, you flush, and you’re done.

But this ease of use for indoor plumbing is a pretty recent phenomenon, as is the notion of indoor plumbing itself. While it may seem like an easy, even primitive technology in a world of smartphones, it’s responsible for allowing human civilization to make crucial advances. 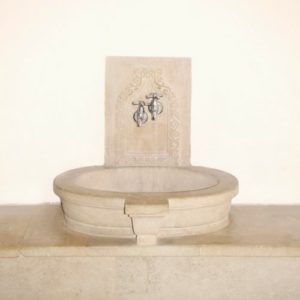 Plumbing first came about not as a means of convenience, but of survival. It was the ancient Egyptians, living in a desert region, that first realized the importance of plumbing.

Without water, they couldn’t raise the crops to feed their society, but the only source of water was the Nile River.

It was this survival that motivated the Egyptians to use clay as the first pipes for carrying water. Eventually, they switched over to copper, which is a material that is still used in some pipes even to this day.

As time passed and other civilizations came to the forefront, the Romans took the basics of Egyptian plumbing techniques and applied them on a much larger, more ambitious scale. The famous Roman aqueducts carried huge amounts of water from their source and down to the cities or towns that required them.

The Age Of Reason & Bad Smells

You’d be forgiven for thinking by the time we get to the 18th century; indoor plumbing would have advanced to the point where things are even more convenient. Surprisingly, you’d be wrong. This is nowhere more apparent than with Marie Antoinette. As a member of French royalty, you’d think she’d have it all.

However, like all nobility of that century, she smelled. And that’s because the lack of indoor plumbing meant she only took a bath once a month. Because royal palaces were so far inland, and often didn’t take water supplies into account, things like aqueducts and pipes to carry water from rivers couldn’t be built.

This also meant that in addition to no easy water source, there was no easy way to manage sewage. So yes, even royal French palaces had both liquid and human waste in rooms, in halls, sometimes even on the rugs the lined the floors. 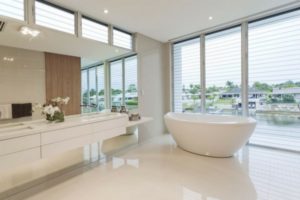 Of course, for modern Americans, things are very different. Every home has plumbing that brings water into our taps, bath tubs, showers and toilets.

We even have appliances that can wash dishes, and new techniques that can save on water efficiency in everything from our showers to our toilets.

And if anything goes wrong, professionals like the ones at Genmor Plumbing are here, to serve the San Jose, CA area. And that means whether things are working as intended, or in need of a quick fix, there’s never any need to worry.